Self belief: Chicken or the Egg?

Today, I wanted to discuss self belief and the so called ‘building’ of it. Does success (in whatever field of endeavour we choose) build self belief, or does belief in self create success? I believe it is the latter. Stuck as we are in the earthly ‘space/time continuum, we have been enslaved by two little words for eons. They are ‘if’ and ‘when’. As innocuous as they may sound, they represent the greatest barrier to our ultimate success.

They put us on hold, forever waiting for good things to happen to us, relegating us to the role of beggar, ever seeking providential handouts, instead of accepting the ‘mantel of mastery’ which is ours by right. Big words I know, but that’s how it really is.

As Florence Scovel Shinn said so many years ago, “Divine time is never late” and it is time now to take control of our destiny. Just know that since time does not exist, whatever it is we seek has already manifested! Let’s engage our passion and our imagination and ‘see’ our dreams into reality. All is possible! We’ll channel Thomas Edison for inspiration. He was granted a total of 1,093 US patents and he became a full time inventor at the age of 16!

Thomas invented the ‘electric lamp’ and a thousand other useful things. Did he believe possible what others said was impossible? Of course he did! He had self belief. Come on. Switch on the light of passion and imagination and replace ‘if’ and ‘when’ with ‘now’. It’s all the ‘time’ we need. 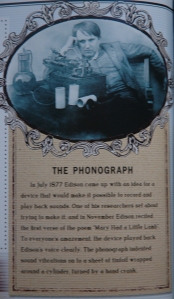 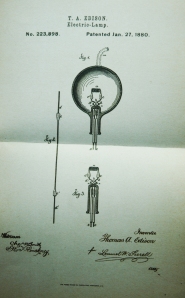 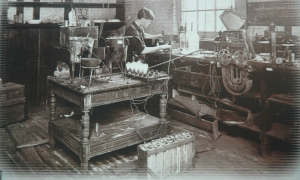